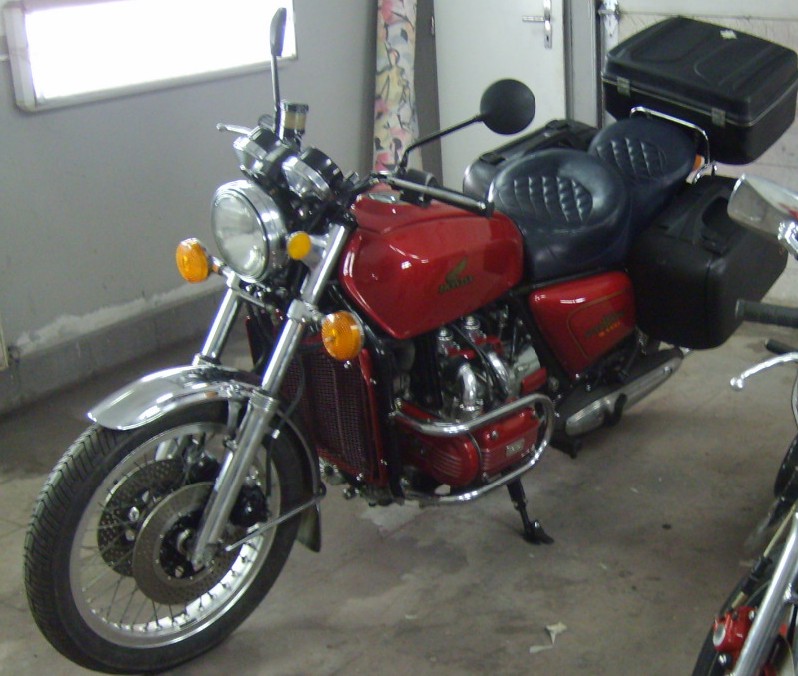 This contract was for the owner of Germany. It was originally just a motorcycle to traffic after 8 years standing. This is after partial analysis machines went wrong in almost complete renovation with regard to the budget. The engine and carburetion underwent cleaning and ultrasound.

After disassembling the entire motorcycle frame sandblasted and then let dust black. Followed by polishing and scouring everything that just might shine . The owner unfortunately did not want to invest any large amount , so the original chrome parts have been restored and not just re -plated. However, their condition was quite good . Followed plastic coating , valve covers and timing cover , recovery of plastic parts and other accessories. Then follow the assembly , replacing old with new bolts etc.

Special hardship to the minutiae of electrical occurred.

When you pass the owner was nice to watch the behavior of the owner, who last saw his motorcycle in transit to us. The enthusiasm was obvious for us and satisfaction for a job well done .