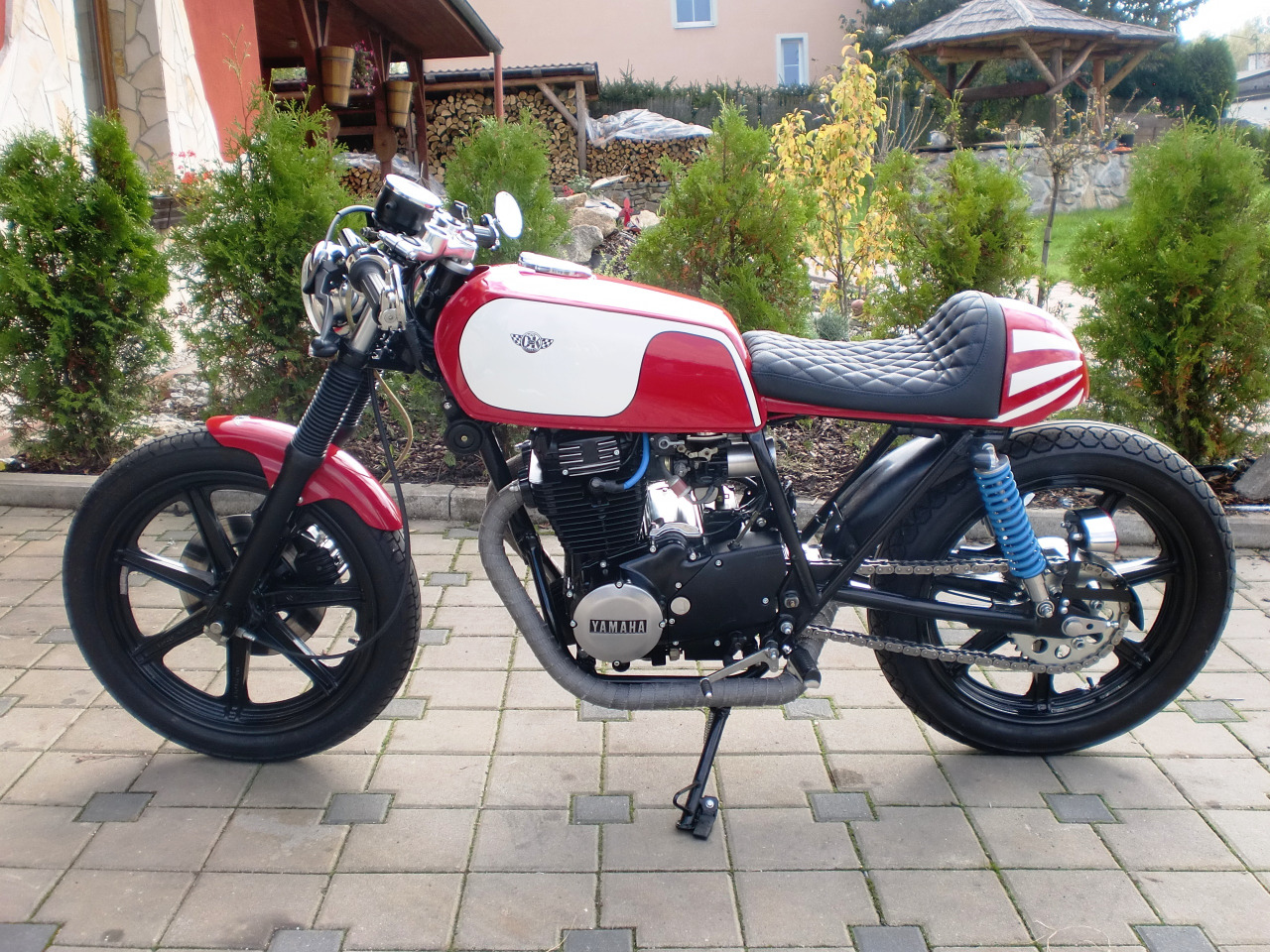 I got this as a total scrap from one enthusiast from around the area. One word, and I've had them both home.

Somehow I wanted to emulate the previous reconstruction because was the great response from people interested in buying.

This machine is such a small legend from 70. -80. -years when the save a money was much into fashion and price performance was very good. These motorcycles were able to roll 70 thousends miles

without each other small problems and large investments.

Even in the former West Germany made the races of these motorcycles, an amateur on the circuit broad near Mannheim on the Hockenheimring.

These engines have all, in the words of one hobbyist put the engine to adjust to 45 horsepower from the machines from the turn of the 70 's. -80. years was something incredible to existing content engine.

Subsequently, he was a model of XS 500 with the same frame as this motorbike, but the engine had a 50 HP in the base, to 116kg heavy bike something WOW. At that time, the contactless ignition and direct injection, it was a fairy tale of the thousand and one nights.

The history of this model motorcycle is more than colorful. As I have already said, it was more a copy once in the US converted motorcycles with different colouring a bit on it. Otherwise, it was more or less the same style alterations, and supplements we have left unchanged.

When someone's reflected today's offer price in the 400cc motorcycles and purchase, if not counting scooters, so it is worth noting this time :-).

For beginning motorcyclists and fans of Cafe Racer or for women and girls, is this bike more than a good choice on the first two or three season. A low seat height, good maneuverability, a small kilogrammes for the beginning of the load is a good choice for every beginner, or thinner weight. If I'm not mistaken, this one definitely wouldn´t wait a longon for a new owner.