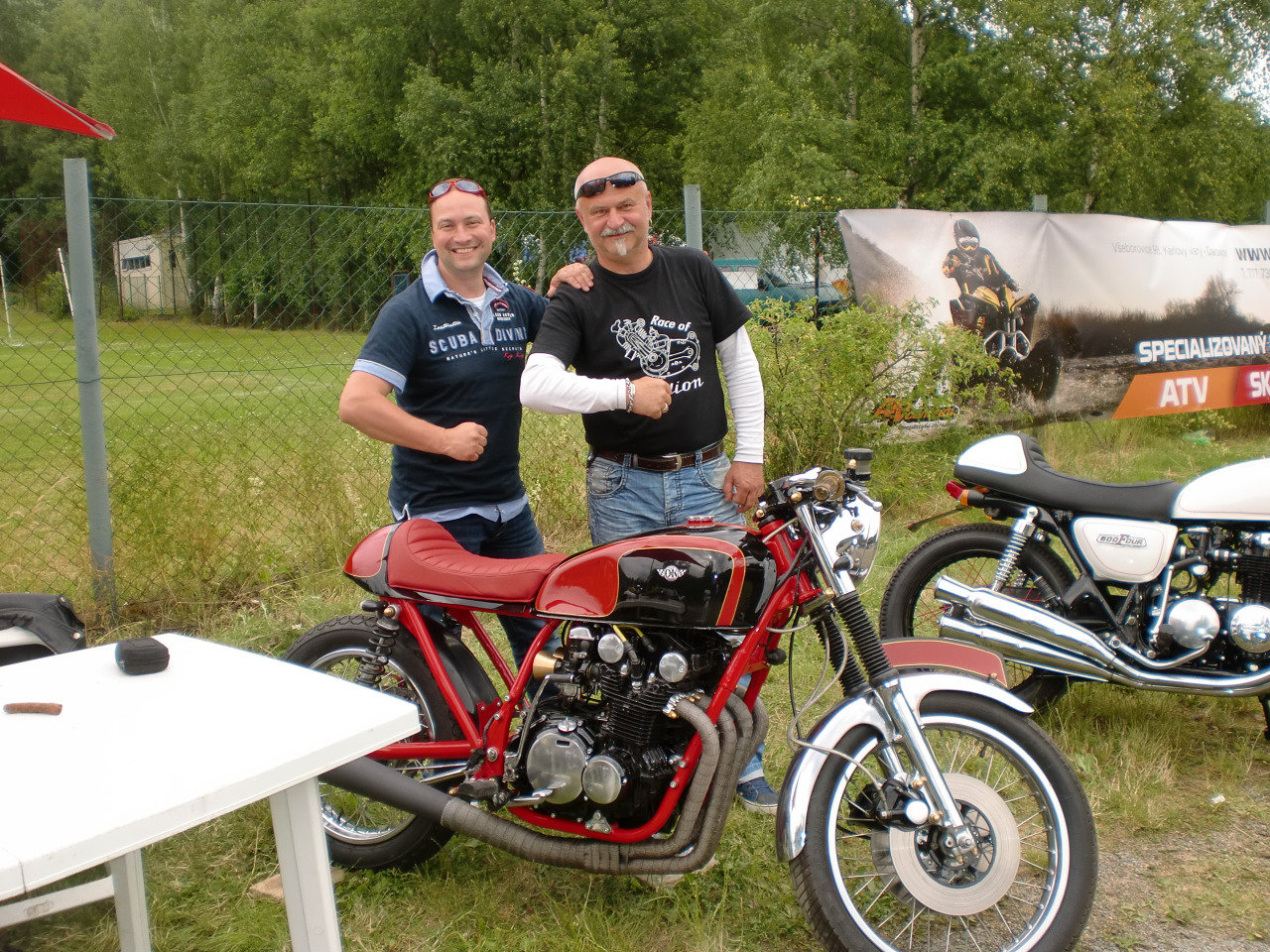 For this bike we drove to a remote town in northwestern Germany , city of Aachen . The owner tried to somehow motorcycle remake his image and defect leakage of gasoline through the carburetor to motorcycle engine put into service.
But whether it was true or not , already know.
When I surveyed the bike looked pretty motůrek re-sealing , sprayed some sprejádou black screen and in total it seemed truly as ready . now
2 backwards the day after we return the bike

stored and waiting for an opportunity to tackle it . The moment she conceived, and a nightmare to her. So many sleepless nights I remember just from puberty when I secretly dreamed of a beautiful young děvách that I curled .
Immediately after the first start, we knew why that town AAAAAchen . The word Achich oh oh I said so many times that I always considered I got Cathy millionaire .
Throughout we present what I thought it was going pretty strangely without a problem and all engines were running as wine.
Yeah it was the moment of truth, that it once had to come ! !
Motor barked as asthmatic dalmatian smoked from it as from a wet smokehouse. Panáček Aachen me krapínek reached because, as I discovered after hours několikaset nerves and stress did bug gentlemen in German service , or where it was to repair.
As I mentioned, be it gentleman did by myself and it turned out as it did. After two days of fruitless revitalizing I gave up and decided to head engine goes down.
For this is not over, roll well. Rings total forgone , wiping the oil would neutřely but not crocodile tears .
So rings out, and replaced with new poison , one time , no delay.
New rings , engine set according to the original settings and restart . The problem is solved with smoke and so are starting .
It moved it a little bit with my ego.
Again disassembly sborka, wiper rings other closer . Start a poison. Smokehouse still smoldered and launches were poor , super hot , cold or after the morning prayer , not just nooo !
I now began to be anxious krapínek , we ordered rings from Germany and all over again. Not to mention the fact that the engine was beautifully painted and handling to prevent damage anything , the gloves were really very, very nice.
After a week of rings has arrived , let's go into it , whether it is done '' .
The engine did not smoke , but problems were still starts .
, , I am a disciple of hell or what ? '' Distribution according to the original settings fit according to the service manual also . So what jéééé .
That would choke did not work as expected? Carburetors underwent ultrasound bath , so some Spink there would not be anywhere , rubber bands ok , so where is the problem? Damn !
I move the cam back and forth, I see that one brand is such chaste . , , I'll try to'' represents a distribution of tooth back . Motor starts as my ex when my late arrival home.
Jupíííí and that's it.
But .......
But the motor has a power as if it had been held by the throat . After about the tenth removing the tank , again I emphasize all the paint , all UNO Nuno , just scratch '' .
I'm after 20 minutes of sobbing , the like , '' why me ? 'Why zrovinka me such a nice guy , I have a jobovkuuuuuůů '' . I look at the exhaust possum and wonder , you're a strange '' such other , different.
Check your service manual magnifying glass , by blowing a mini image and not enough to be Amazed! Two images valve timing and everybody else . Where did the comrades when printing error? Represents the exhaust cam back a tooth that as I have nothing to lose and the fiftieth to disassemble it does not matter, as the 50 and the first . Hm ... what the devil wanted it to run as it should. Oka problikly me in the head hissed a sigh of relief and my girlfriend fell anvil from the heart, that it will happen to me after 14 days little speech.
So comrades in Germany had the same problem ! ! No one had had the time nor the taste nerves when they did not want to run and would rather sell the bike as a stationary She says that as protejká carburetor and lack the time to do it .
Only heart opening drive . Not everything always goes as it should , and humility is in order.
Today is a beautiful Cafíčka rebuilding the engine as a saw.
The tank we changed the krapínek from the original , reshape knick-knacks and modified cap . Painting was more than premium , 9 layers of paint on the tank and 5 layers on the rear podsedadlu , whether you polish . The frame is powder-paint finish and forever . Then just anyone take down . Diffuser shaped bells for a lot of money will give the overall look a hallmark of classic and unmistakable sound that would not leave any passerby cold . Seating Posture Perfect with sports handlebars and footrests that from the beginning remain in the original location against my will. They have a pleasant location today and I am glad that this is so. Speedometer with company logo DK CAFE RACER nicely with the paddle left and right handlebar .
So I have to say that wherever you come with this machine , wake up 100 % attention and admiration .