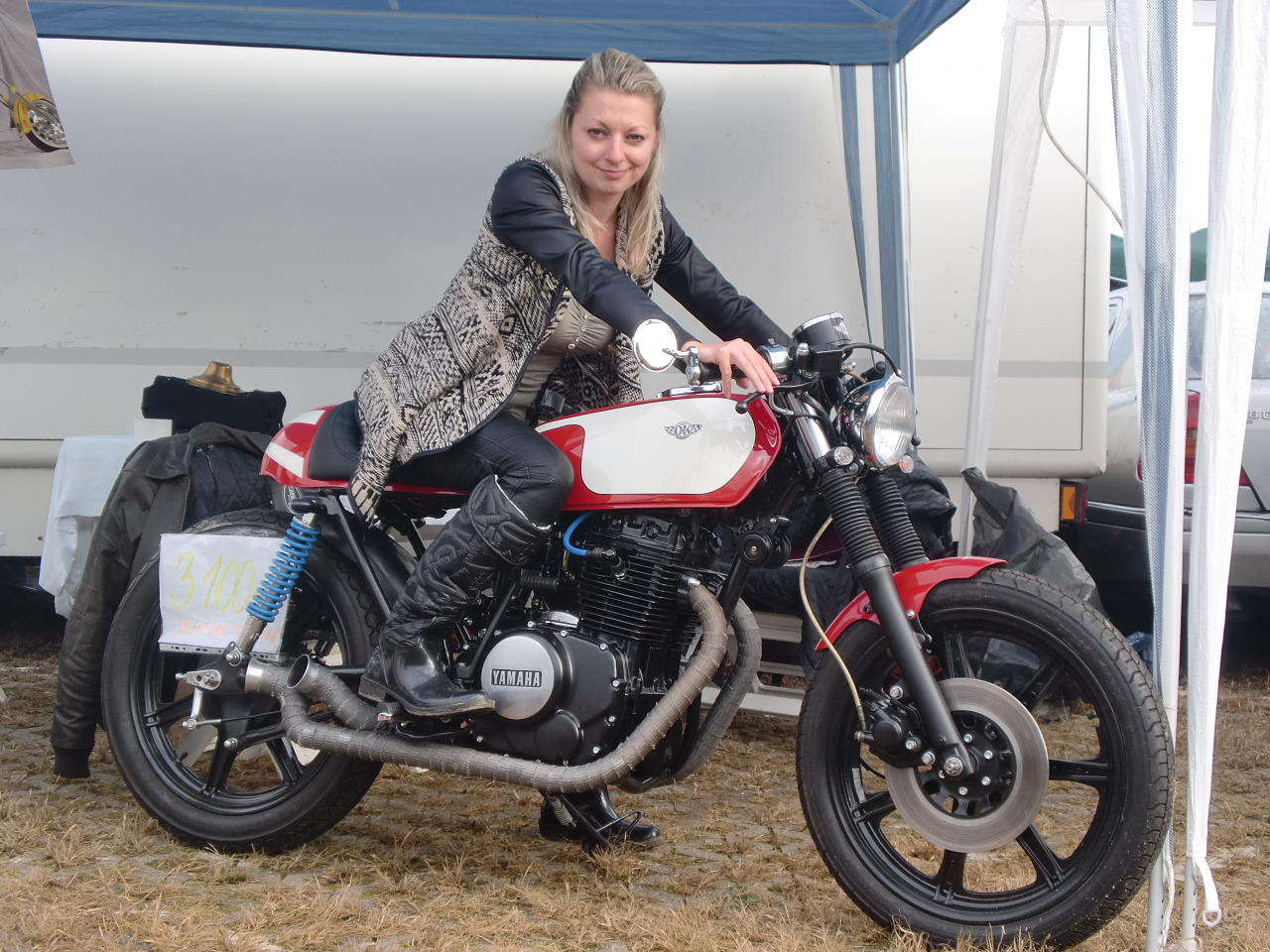 So, the return of the German Mannheim, was without any minor mistakes and memories with a smiling grimace.

Wrong and futile attempts to kickstart our means of transport with the Statute of a veteran, according to the number of vehicle kilometres, eventually managed to push small farewell for the last start in the narrow street of dimension 3,20 m, with the assistance of the trimmings of onlookers and with the contribution of a number of new friends.

Including wet promo photos that we are having success in dismantling a bit teared, a trip was successful. Although we

didn´t sell those motorcycles that I'm betting, which was a little bit of my ego ', we did the impression on a lot of CAFE RACER supporters, but also other supporters of one track, what they like to look at classic motorcycles from the turn of the 70-80 years.

Involving 90% of most of the sports concept of the reconstruction was thrilled, however, cool head, dryly noted that with these open exhausts without shock absorbers, is not possible on all German roads to take to the streets and even dare to TUV (German TECHNICAL CONTROL).

Unfortunately, I was unable to explain, since all our German certainly has a lot of restrictions and reserv :-) it is primarily about the demonstration of what DK CAFE RACER can be done. German thoroughness and honesty with regard to authorities, or rather the fear of these places, where no Builder of motorcycles not comprehension, made from the overall enthusiasm for such a boring story.

But even though we offered their services for the renovation and restoration of motorcycles on a nice level. Of the weather we were not too keen, especially our women's crew, even though it was proudly and bravely and suffered shiver with cold. Well, but we were all frozen!!! So no false heroics. On for over a year we have to work on German and fix exhaust silencer to argue all the time about why, and that it does not have the TUV (STK).

Work well-being and no undone!!!

Photo gallery: Some of our impressions :-)!!!